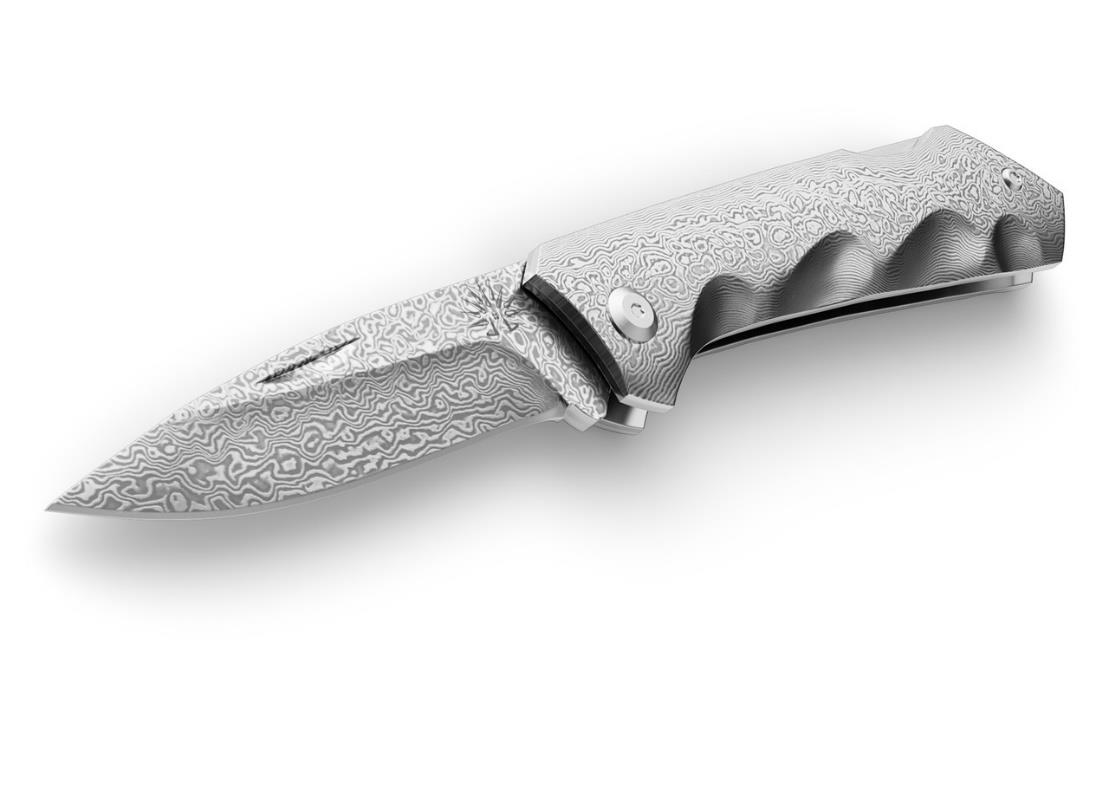 The mystery behind Damascus steel blades has fascinated knife enthusiasts for years. Its distinctive patterning and its reputation for razor-sharp cutting edges that never dull have made them a popular choice among collectors and for  everyday carry.

The secrets behind the creation of Damascus steel knives were closely guarded by master knife makers dating back thousands of years and were lost for a period spanning from the Middle Ages until the 1970s, supposedly due to the depletion of the ore needed to create the steel alloy.

Damascus steel was developed as Wootz steel ingots began to be imported to Damascus from India and Sri Lanka. The Wootz steel was combined with a variety of metal composites, the exact identification of these remains unknown, according to the maker's preference. Unfortunately, the exact traditional method for combining the materials is no longer known.The gradual decline in production of Damascus steel after the 17 th century is suggested to be due to the lengthy disruption of these trade routes and an inability to find sources of Wootz steel and ores contained the required trace impurities closer to Damascus.

The Spread of Damascus Steel through Europe

Damascus steel became renowned through Europe during the 11 th century as Crusaders returned from the wars telling tales of swords that could slice men in two without dulling the blade.

What followed was a period of popularity for Damascus steel weaponry throughout the Middle Ages until the 17 th century when both the source of the ore, composites and techniques to produce the steel were lost.Unfortunately, the techniques used to create fine Damascus steel were lost for centuries. However, they were later revived in the 1970s thanks to knife maker William F. Moran who unveiled his modern Damascus steels blades at the 1973 Knifemaker’s Guild show.

They discovered that the techniques used to create these amazing blades created steel that had the properties of a superplastic, hence the flexibility of the blade, as well as being very hard, while the discovery of nanotubes within the structure is suggested to give the steel its distinctive pattern which was an impressive feat given the equipment and materials available in the era of production.

Thanks to the innovation and creativity of modern bladesmiths, you can now buy yourself a Damascus steel pocket knife, fixed blade, or even knives with Damascus handles which combines strength, flexibility, and durability to make them a hardwearing knife that will serve you well for everyday carry.

You can buy fine Damascus steel, including a Damascus steel pocket knife on sale if your timing is right, at reputable online stores.